INFAC manufactures and supplies control cables to a variety of automotive companies, including GM, Chrysler, Hyundai, and Kia.  Read more about the important issues discussed and watch video highlights from the visit.

The team also discussed the Heartland Parkway project, which has been an important priority for Taylor County and the surrounding communities. The community recently received confirmation of a $9.8 million grant awarded from the U.S. Department of Transportation’s “Better Utilizing Investments to Leverage Development” (BUILD) program to complete the Heartland Parkway project.

“INFAC was delighted to have Senator Paul with us at our Campbellsville facility,” said Brian Bland, general manager of INFAC North America. “We appreciated the opportunity to discuss the trade policies that affect INFAC and our markets and to share our appreciation of the recent announcement for more funding of the Heartland Parkway project.”

“Earlier this summer, I sent a letter to the Trump administration in support of their application to the Department of Transportation for a BUILD grant for the project, and I was excited to hear they received the grant,” said Sen. Paul.

A video from the visit to INFAC can be viewed HERE 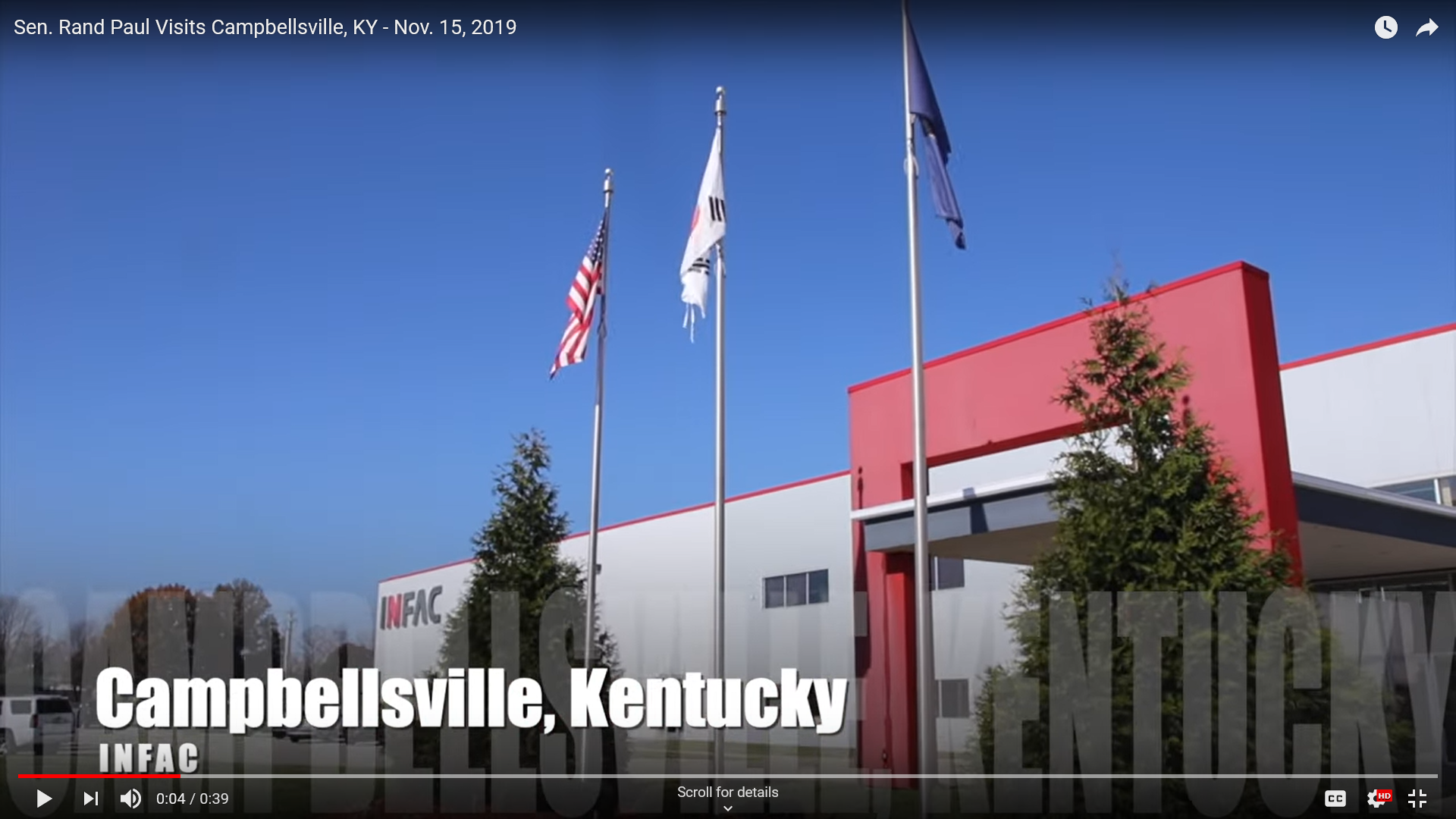